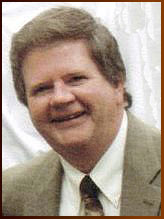 Today, he is co-president of Farmer’s Marine Copper Works and serves on the company’s board of directors, as well as on the boards of Farmer’s Industrial Properties, Farmer’s Alloy Fabricating and Four Winds Investments.

Thomas holds nine U.S. patents and one Canadian patent, with two additional patents pending in the U.S. Patent Office at this time. An avid hunting and fishing sportsman, he was awarded the International Game Fish (IGFA) World Record for Salmon Shark in 2005 and 2009, has taken four of the Big Five African species, and has achieved the Grand Slam of North American Sheep.

In addition to his long and rewarding association with TMP, Thomas currently serves on the Board of Visitors at Texas A&M University, Galveston. He is an Advisory Director to Cullen Frost Bankers of San Antonio. His past board affiliations include United States National Bank, National Fish and Wildlife Foundation, Galveston Chamber of Commerce and Galveston Artillery Club. He holds memberships in the Moody Memorial First United Methodist Church and Coastal Conservation Association.