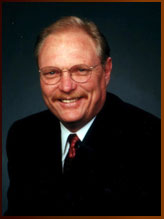 Mel Coleman was born and raised on a cattle ranch in Colorado’s San Luis Valley, where his ancestors began ranching in 1875. Since graduating from college, his business career has spanned from agricultural irrigation technology to the production, processing and marketing of natural and organic beef.

In 1984 Mel joined Coleman Natural Beef, a company founded by his father, Mel Coleman, Sr., the pioneer of the natural beef industry and the first to establish the standards and protocols necessary to garner the USDA’s first natural label designating beef produced from livestock raised without the use of antibiotics or growth hormones.

As Executive Vice President, Mel was pivotal in developing sales and marketing programs that established Coleman Natural Beef as a leading producer, processor and distributor of Natural Beef. He played a key role in establishing the Organic Beef standards that became part of the National Organic Program in the 1990 Farm Bill. Today, he serves as Vice President of Natural Foods Holdings’ Niman Ranch division.

As an industry leader, Mel has lectured at conferences and universities across the United States and internationally, including Iceland, Uruguay, New Zealand, Europe, Japan, Costa Rica and Nicaragua.

Mel joined the TMP board in 1997, where he has been able to fulfill his passion and desire to see believers and leaders discover, develop and exercise their God-given gifts and leadership skills in spreading the Gospel of Jesus Christ across the Spanish-speaking nations of the world.

In addition to Tell My People, Mr. Coleman’s board affiliations include: